This lesson was summarised from Anne Boden’s book titled, Banking On It is about how she started Starling Bank, one of the top online-only banks in the UK

Starting a new venture especially if it’s something as complicated as a bank is no joke. Except you have all the money you need, the task of starting it can seem almost impossible.

Anne Boden who had always worked as an employee experienced this firsthand as she worked towards launching an online-only bank. The challenges she faced were endless including having no start-up experience, no money, and no people to work with (in the beginning). But what she lacked she more than made up in being a tough-minded person.

In the early days starting with nothing meant she had to go around asking for help and support. The rejection was intense and soul-destroying but how did Anne get through all this? She developed some coping mechanisms to deal with the constant sound of ‘no’ and ‘sorry’ which will drive even the most confident person to give up.

As we go about doing our own things we can learn a bit from how Anne learned to cope with the rejection she faced. Following are some of her coping mechanisms.

I developed many personal coping mechanisms. One of the simplest was to immerse myself in books about other entrepreneurs, which has been a long-term interest of mine anyway. I find it hugely absorbing to learn their stories, and it’s useful to discover how others have withstood the pressures. It’s a comfort to know that other entrepreneurs have experienced exactly the same emotions.

Anne read stories about other entrepreneurs and it helped to see how they dealt with the kind of challenges she was facing. She learned from their stories and was encouraged by the fact that others had faced what she was now going through and succeeded.

When I desperately needed some respite, another of my fall-back positions was to send out what felt like hundreds of emails at a time, asking for help and advice. Often they went out to people I knew, and who were unlikely to be in a position to further my cause. However, their kind and encouraging responses kept me sane at the toughest moments and gave me some valuable breathing space.

This is an interesting technique, contacting lots of people, asking for their help even when you know most of them can’t help you. But their advice and encouraging words kept her going. When we are working on something we should not assume that because people don’t have the money, expertise or resources we need that they are not worth asking for help or advice. Such people may listen to us and offer words of support and encouragement. That can go a long way in helping us to get through the rejection and tough times.

Whenever the number of rejections threatened to become unmanageable, one of my favoured tactics was to arrange meetings with friends in the banking industry whom I had known for years. Again, these were people who were never going to invest in New Bank or play any sort of role in the business. However, they had the advantage of being long-term associates who would give me a polite hearing and perhaps even a snippet of advice and feedback. What they absolutely wouldn’t be doing was doling out abrupt ‘no’s along with some apparently ‘helpful’ advice as to why my entire business model was completely ridiculous and would never succeed. Such a meeting would be like food to a starving person, offering a much-needed break from the seemingly endless cycle of rejection.

Similar to the previous technique, talking to previous colleagues in person meant Anne could get some well-needed positive vibes from people who were never going to invest in her bank but would not make her feel bad or like a failure for attempting to start the venture either.

No one can continue in the face of an endless negative barrage. We all need some respite from it. It’s nice to have a pleasant and positive meeting at least once in a while, because it leaves you refreshed enough to tackle what comes next. I also used the conversations to reinforce my belief that I was right and the banking system was wrong.

Another important technique to handle the stress was how she looked at the whole venture. That helped her not to be overwhelmed by the enormity of what she wanted to achieve which in itself can be scary and demotivating.

I think it was also useful to look upon the journey as a series of sprints, rather than a single marathon. Yes, I aspired to grow a significant digital enterprise, but I needed to break that ambition down to bite-sized goals. If I hadn’t done so, the scale of the task would have quickly become overwhelming. I strongly suspect that anyone who thinks about their start-up as part of a trajectory towards running a multimillion-pound corporation (with all the personal wealth and prosperity that goes with that) is heading for a fall from the start. Fortunately for me, it was never about the money, or fame, that entrepreneurial success would bring. Neither was an incentive for me then and that remains true today.

Anne was trying to pull off almost the impossible. While she had a lot going for her, there were more odds stacked against her. But by employing some tactics she was able to continue and not give up. A summary of the tactics are:

The book I am currently learning from is the latest business autobiography from Michael Dell the founder of Dell Computers. The book is titled Play Nice But Win and was published in October 2021. Michael Dell is one of those understated yet successful technology entrepreneurs who has managed to weather the storm of running a technology company with a decreasing market share. Dell started out as a direct-to-customer personal computer company and with the advent of tablets and other mobile devices, many forecasted the demise of company. While the company is less prominent, it survived and is still thriving.

In this book Micheal tells us a bit about his own personal story by giving some insights into his childhood and family (not much) and also how he started Dell. He then goes on to write about what he did to make sure that Dell as a company did not die, which involved taking the company private from being a public company and taking it public again.

Over the next couple of weeks as I read the book, I will share with you some of the insights I am getting from it and below is my first lesson.

THAT’S A LOT OF CASH!

Michael was 17 when he decided to buy a brand-new BMW 320i for over $15,000. So, his parents followed him to the car dealer for back-up. After agreeing on the car to buy, the dealer looked towards Michael’s parents to pay but they didn’t. It was Michael who paid with a $15,000 plus cashier’s cheque and the rest with a lot of cash. His parents had not contributed a single penny to the car. Yet Michael had paid for it without any credit card or loan debt. How does a 17-year-old pay for a car that expensive. Where did he get all that money from? To answer that question, let’s meet Michael. END_OF_DOCUMENT_TOKEN_TO_BE_REPLACED 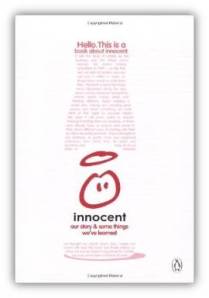 I have read a couple of business biographies and this is one of the most enjoyable ones. Written by the founders of the healthy food company, Innocent, it is all about the business,how it started, grew and what it stands for. And no, you won’t learn about their mum, dad, how much sport they played or their dog called Andy. More to the point this book is all about Innocent as a business and perhaps you will learn one or two lessons about starting a business. If I were to recommend books about learning to start a business, this one would definitely make the list. The book itself is an easy one to read because it is very attractive and easy on the eyes, littered with very interesting images and pictures. Also it’s not a bulky book with just 201 pages. It is structured into ten chapters, each one focusing on a key aspect of the company. I checked Amazon uk for views about the book. After 25 reviews it had a 4.5 rating, not bad. Some criticism aimed at the book is it does not contain enough details about the operations of the business. Others also felt the book was just a marketing spin. But all that in no way takes away from the quality of the book.

Following is a review of each chapter in the book. END_OF_DOCUMENT_TOKEN_TO_BE_REPLACED

Jo Malone: My Story, by Jo Malone in my own estimation is one of the best business related biographies you can read because it is unbelievably honest. Jo Malone is a British fragrance entrepreneur who has succeeded in building two successful brands. Her first business Jo Malone of London which produces perfumes and other fragrance related products was sold to Estee Lauder. Her current business which is her second is called Jo Loves. If you read London’s free Evening Standard newspaper then you will come across Jo’s business column in the Monday issue. Jo is not your typical entrepreneur, but her story teaches us that if you have a skill that you can sell to people, with hard work, focus and the right partnerships you can build a world class a business. END_OF_DOCUMENT_TOKEN_TO_BE_REPLACED

Delivering Happiness by Tony Hsieh is part biography and business memoir as it discusses aspects of Tony’s life and his business ventures especially those that have to do with Zappos, the online shoe company which Tony is a part of, which was later purchased by Amazon. The book starts out outlining parts of Tony’s early life especially his education and his business exploits when he was young. After leaving university Tony would start a business called LinkExchange which was bought by Microsoft making him a lot of money. With the money Tony set up an investment fund which was how he came across Zappos, an online shoe company he invested in and later joined as CEO. Zappos was a risky bet for Tony, as he put almost every penny he owned into the company, including selling his personal possessions to fund the company. It was a company almost destined to fail, but Tony stuck with it, helping to build up the value of the company which would later be purchased for over a billion dollars by Amazon. END_OF_DOCUMENT_TOKEN_TO_BE_REPLACED